Join me, dear reader, for an evolving tale of irreverence and punny pink-ness, as we undertake a journey inspired by charity and oddly shaped snacks.

First, I need to make a point that is vital to our mission.

This is not the holy grail.

As discovered by another intrepid prospector, fluffy coffee is not an essential building block of a meaningful life. Really.

Earlier this month, after I spotted spotted uncommon uses in the wilds of Feedburner, I was inspired to begin a quest for signs of intelligent blogextraterrestrial life lurking among the statistics.

I knew I had to look further.

Finally, at the far reaches of on my trek through remote tables and graphs I found mysterious alien tracks.

I followed them to the edge of the encampment of the fine folks at seosfightfat.com.

At seosfightfat.com I found pages and pages of SEO’s fighting for good. Some were battling carbs others calories. But whatever war they raged, oh do they rage!

The source of those heart shaped tracks became clear to me. I followed them and eventually found the culprit. She was a sticky bit of malware of a sort that is common only in February. 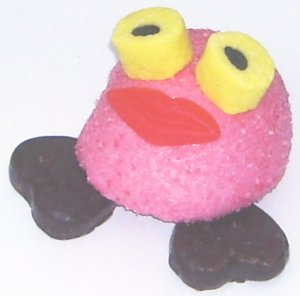 My Fingers trembled as I sought to start-up my Anti-Malware software – but it was to no avail. I could hear the machine whirl in pain as the hungry virus chewed up my resources.

What happened next is a blur. I do know that as I vanquished her she laughed with caloric glee, and afterwards… 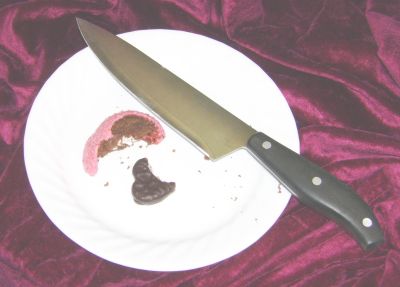 …in the middle of bookmarking my place in the encampment I lapsed into a sugar coma. Don’t worry. It didn’t last long.

I slept, perchance to dream, and dreamed of marvelous things – amazing feats of willpower, and finding Pandora’s box, twice:

The first Pandora’s Box was overflowing with donuts. It was labeled “David Doesn’t Live Here Any More.”

The next, brimming with pistachios, was labeled “Jeff has Moved On.”

Shaking Off The Sugar Hangover

I awakened feeling bloated, twitchy, pasty and irritable. Though the vanquish of malware can be rich and good, as a snack they are worse than unsatisfying. Certain vital nutrients are missing. I was left with an aimless hunger that had to be addressed. I shook off my grogginess and began to look around.

Nearby, several SEOs were relaxing by a campfire. Expecting to see marshmallows browning over the campfire, as graham crackers and chocolate await nearby, I was surprised to see fruits and nuts instead. What? What kind of crazy extraterrestrial campfire treat is this? After a delightful honeycrisp apple, I felt refreshed and was inspired to explore the flora and fauna of this brave new world.

Inhabitants Of The Habitat

Suddenly, a large unordered list of Stumbling and Sphinning SMOs darted by, clicking and commenting. They were resplendent in their mating plumage, as can be seen by green thumbs held high. Perhaps the SMOs were hot on the trail of a newly ripened feed of long-tailed link bait. I had to see for myself.

As I followed their tracks through the flora and fauna I glanced down and saw a dozen oddly shaped turtles. What caused these turtles to appear so different than their real life cousins? Could it be the nut filled creamy caramel covered in dark delicious chocolate that caused this phenomenon? My first thoughts were to rescue these pitiful creatures but I had no pockets. Thinking quickly I shoved them into my mouth and trekked deeper into SEOsfightfat.com.

What do you think will happen next?

Comments I like will be added to the post, like that game where each person adds a line to the story. Or, I may make a series of posts. I don’t know, because the story has not been written.